This article is based on a discussion thread on TidBITS Talk: Finding Type/Creator Tags in Old Mac Document Files.

In this thread, one reader asked how Macintosh file metadata (e.g. a file's type and creator codes) are preserved when a file is copied to non-Macintosh storage (e.g. a Windows file server or a FAT formatted hard drive). He observed that he can copy a file to a Windows server, then copy/move the file to several different locations from Windows, and then copy the file back to a Mac and the metadata is preserved.

Here is the result of my analysis.

Linkiest: 5 Classic Songs That were Ment to Be Jokes

Certain songs over the years were written to be joke but not exactly a novelty either. However too many people can’t see the jokes or the satire in those songs either because the audience eats it up and is into what the artists are mocking or even getting back at someone else or mocking a certain product or whatever. Regardless here a short list of classic songs that were meant to be jokes but were taken seriously enough to be hits in their own right.

A fun read. And you'll never hear these songs in the same way again.

Transcript (in case the image goes off-line in the future):

Mallard is watching TV, which is saying:

Coming up... We'll consult our panel of experts who've been proven dead wrong about every international conflict for the past two decades but are definitely NOT wrong about this one.

Healthline: Why Ditching Daylight Saving Time Would Be Healthier for Everyone

Why Ditching Daylight Saving Time Would Be Healthier for Everyone
Written by Nancy Schimelpfening, MS on March 14, 2022. Fact checked by Jennifer Chesak

I have been complaining about Daylight Saving time for as long as I can remember. It's good to learn that there is actually some science to back up my annual rants.

Comic and a bit of philosophy 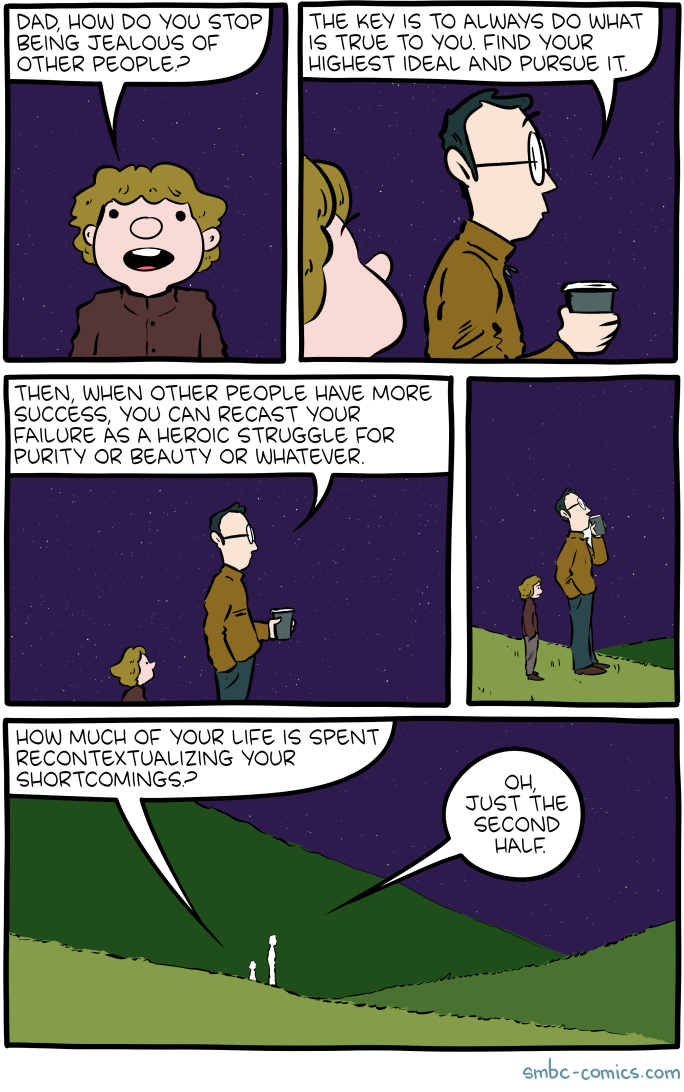 This comic, which portrays a very cynical view of the world (a common feature of comics by its author), calls to mind a very famous quote from the Talmud (Pirkei Avot, aka "Ethics of the Fathers", Chapter 4, mishna 1):

...
Data collated from Venafi’s worldwide survey of IT and security decision-makers reveal that 83% of successful ransomware attacks now involve alternative extortion methods – for example, using stolen data to extort customers (38%), leaking data to the dark web (35%), and informing customers that their data has been compromised (32%). A mere 17% of attacks merely ask for money for a decryption key.
...
Venafi also found that cyber criminals are increasingly following through on their threats whether or not they get paid. Indeed, 18% of victims had their data leaked despite paying, while more than the 16% who refused outright to pay anything and had their data leaked. Some 8% refused outright, but then had their customers extorted; and 35% paid, but were left hanging, unable to retrieve their data.

In other words, if you are victim of a ransomware attack, you're screwed no matter what you do. Even if you pay up, there's a good chance you won't get your data back and your confidential data may still be published.

So, (desptie the article's headline), the best you can hope for is to get yourself operational by restoring from a backup (be sure to retain several, in case your most recent one was corrupted by the attack), and don't pay the ransom.

I'm a regular reader of Saturday Morning Breakfast Cereal, a very strange comic that has a lot of geek-appeal. Today's comic is particularly amusing. I won't embed the image here, because of copyright, but please click through and read it. The interesting part is that this has been demonstrated. Back in the 60's, researchers at MIT created ELIZA, a program that can (among other things) simulate a psychotherapy session. It mostly works by parroting back whatever the human user says, with occasional non-specific questions and statements. It is nothing close to AI, but it is nevertheless convincing to quite a lot of people, including many who understand software enough to know better.
Email ThisBlogThis!Share to TwitterShare to FacebookShare to Pinterest
Labels: AI, comic, ELIZA, humor

This morning, I heard about this incredible news: 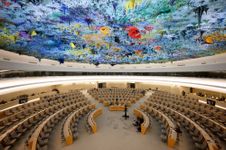 At least 43 countries signed a statement pledging to combat antisemitism that was issued at the 48th session of the United Nations Human Rights Council (UNHRC) in Geneva on Monday.

The statement was led by Austria, the Czech Republic and Slovakia with the coordination of the World Jewish Congress.

Austrian Foreign Minister Alexander Schallenberg warned of the dangers of antisemitism in a video statement, saying that "we will remain steadfast in our pledge, never again."

Which was a very welcome surprise. Then I saw the following article, posted only a few hours later:

Speaking virtually at the October 2 UNHRC session, Neuer cited UN Watch’s recent report about two UNRWA teachers in the Gaza Strip, one who posted an Adolf Hitler video to Facebook “with quotes to ‘enrich and enlighten your minds’” and another who posted “conspiracy theories” about Jews controlling the world, starting the COVID-19 pandemic aiming “to destroy Islam.” At that point, UNHRC President Nazhat Shameem Khan cut off Neuer’s video feed, accusing Neuer of making “insulting and inflammatory remarks.”

So, apparently, the Human Rights Council opposes Jew hatred, but not when it's coming from other UN agencies. Why am I not the least bit surprised? 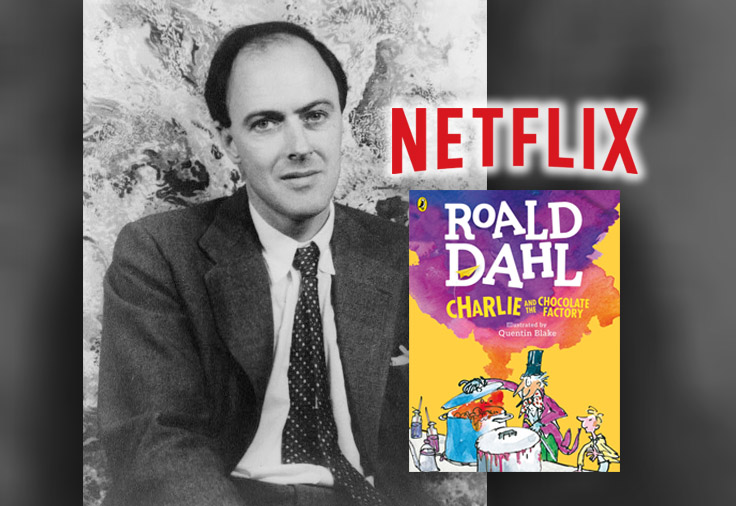 In addition to authoring such classics as Matilda and Charlie and the Chocolate Factory, Dahl was a virulent anti-Semite who would have already been ruthlessly canceled by woke scolds if his bigotry had been directed at any other vulnerable minority.

I completely understand the desire to censor all of Dahl's work from history because of his anti-semitism.

On the other hand, with Netflix buying Dahl's estate, I no longer feel uncomfortable buying his famous children's books because the money will no longer be going to his family (which seems to have taken a conspicuously long time to publicly disagree with Roald's statements).

Of course, I don't approve of Netflix's politics very much either, but that's another discussion.

Naked Security: How a gaming mouse can get you Windows superpowers!

How a gaming mouse can get you Windows superpowers!
By Paul Ducklin, 24 Aug 2021

What if you’re a gamer who wants to be a sysadmin? On someone else’s computer?

Well, apparently, until last week at least, gamer-centric mice and keyboards from popular vendor Razer could help you to do just that.
...

...
The problem in this case is the point at which Razer’s app helpfully displays the name of the software installation directory at the end, even though it doesn’t need to.

That’s an active link in Razer’s app, so you can right-click on it and view the directory in File Explorer.

Then, once you’re in Explorer, you can do a Shift-and-right-click and use the handy option Open PowerShell window here, giving you a command-line alternative to the existing Explorer window.

..which was running under the all-powerful NT AUTHORITY\SYSTEM account, usually referred to as NTSYSTEM or just System for short.

So the PowerShell window is now running as System too, which means you have almost complete control over the files, memory, processes, devices, services, kernel drivers and configuration of the computer.

Wow. A chain of good intentions all leading to an exploitable system vulnerability. I realize that Razer has (or will soon) fix this bug in their driver installation tool, but it seems to me that Microsoft should do something to prevent this from being possible in the future. Maybe do something so an installer trying to open a URL (or an Explorer process) does so at the user's normal privilege level instead of at the driver installer's level (which, of course, needs to be at a higher level in order to perform the installation).