OK, this is cool.


Not something I'll ever do, but I think it's a real awesome project. 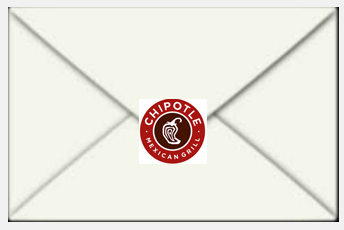 The restaurant chain Chipotle Mexican Grill seems pretty good at churning out huge numbers of huge burritos, but the company may need to revisit some basic corporate cybersecurity concepts. For starters, Chipotle’s human resources department has been replying to new job applicants using the domain "chipotlehr.com" — a Web site name that the company has never owned or controlled.

Translation: Until last week, anyone could have read email destined for the company’s HR department just by registering the domain "chipotlehr.com". Worse, Chipotle itself has inadvertently been pointing this out for months in emails to everyone who’s applied for a job via the company’s Web site.

Wow. Read on to learn the extent of their incredible ineptitude. They apparently have no problem with:

You would think that somebody somewhere in their IT problem would see this as a problem, but apparently not.

Krebs links to another article from 2008 about someone who registered donotreply.com in order to capture all the mail sent to what corporations assume to be a bogus domain. Some of the mail captured has been highly sensitive business and financial information. All because a company can't be bothered to use a real mailbox (or at least their own domain) as a return address in their outbound e-mail.

If it wasn't real, it would be really funny.

HubPages: 86 Mac Plus Vs. 07 AMD DualCore. You Won't Believe Who Wins The Most Outlandish Computer Comparison Ever!

Bloat. If you think that Americans are getting fatter, take one good look at the operating system (OS) your computer is running right now. It gets larger and more weighed down with every update. We are in the third decade of global personal computing, and have we really progressed that far?
...
For the functions that people use most often, the 1986 vintage Mac Plus beats the 2007 AMD Athlon 64 X2 4800+: 9 tests to 8! Out of the 17 tests, the antique Mac won 53% of the time! Including a jaw-dropping 52 second whipping of the AMD from the time the Power button is pushed to the time the Desktop is up and useable.
...
Is this to say that the Mac Plus is a better computer than the AMD? Of course not. The technological advancements of 21 years have placed modern PCs in a completely different league of varied capacities. But the "User Experience" has not changed much in two decades. Due to bloated code that has to incorporate hundreds of functions that average users don't even know exist, let alone ever utilize, the software companies have weighed down our PCs to effectively neutralize their vast speed advantages. When we compare strictly common, everyday, basic user tasks between the Mac Plus and the AMD we find remarkable similarities in overall speed, thus it can be stated that for the majority of simple office uses, the massive advances in technology in the past two decades have brought zero advance in productivity.

h/t What The Daily WTF?

I have no problem believing these results either. Not counting the need for modern HTML rendering and web security standards, there is really nothing I do with computers today that I couldn't do with the hardware and software I was using back in the mid-90's. I would be a bit cramped with a Mac Plus, but I would have no problem with a Mac Quadra 840AV, which I used for a long time until one day the hardware simply refused to power-on anymore. 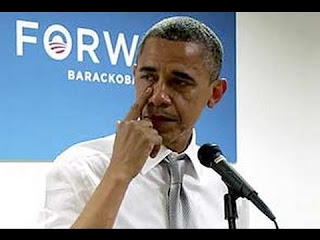 The left is a victimhood cult. It feeds off pain and fetishizes suffering as a moral commodity to be sold and resold in exchange for political power.
...
The victimocracy’s foot soldier is the crybully. The crybully is the abuser who pretends to be a victim. His arguments are his feelings. He comes armored in identity politics entitlement and is always yelling about social justice or crying social justice tears.
...
Crybullies are everything they claim to abhor. They are narcissists who complain about selfishness. Completely incapable of human empathy, they whine that no one cares about their feelings. They are prone to cowardly acts of violence, but demand safe spaces. They are bullies who say they’re bullied.

The crybully embodies the left. He is an oppressed oppressor. An abusive victim. A self-righteous hypocrite. A loudmouth censor. A civil rights activist who wants to take everyone’s rights away.

Once again, Sultan Knish cuts through all of the whining and media nonsense and gets straight to the truth. Go read the full article now. 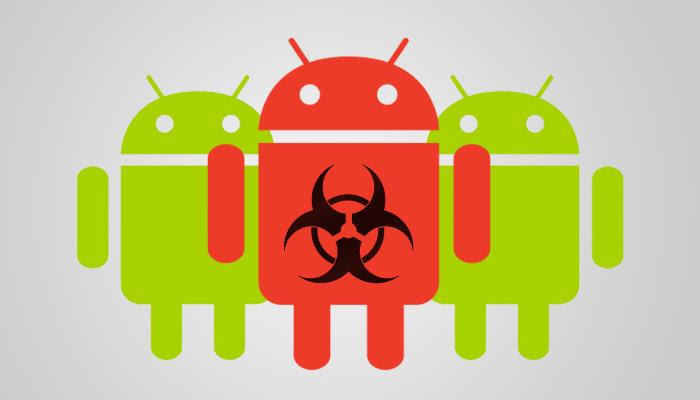 A new adware scourge injecting itself into popular apps such as Facebook and Twitter is also "virtually impossible to uninstall," requiring infected users to replace their phones. Because it only affects users of Google's open-store Android app model, the device replacement requirement may accelerate the trend of users switching to iOS.

"A new trend for adware and an alarming one at that"

Three new families of "auto-rooting adware," detailed by security researchers at Lookout, are "a worrying development in the Android ecosystem" because each can root the device and install itself as a system application, making the contamination virtually impossible to remove as the infection is designed to survive even a "factory data reset" device wipe.

The group found infections among more than 20,000 popular apps, with many contaminated apps appearing to be legitimate, working titles ranging from Candy Crush to Facebook to Snapchat, WhatsApp, The New York Times and even Google Now.

I could use this article as the basis for a gratuitous swipe at Android and laugh at people who protest Apple's rules that force all installations to go through their App Store, but that would just be rude.


Culture War 2.0 is as inescapable as it is obnoxious. Its loudest proponents, the Social Justice Warriors, live off a drama that they create, playing enlightened victim-activists fighting micro-struggles against micro-aggressions in areas most people have never even thought about.
...
Culture War 2.0 is culturally crazy. Its personal dysfunction so entangled with politics that there is no way to tell where one begins and the other ends. It politicizes insecurity and narcissism for campaigns that are indistinguishable from trolling. It reduces every issue to personal unhappiness and demands the abolition of traditional freedoms and rights as the answer to that unhappiness.

What more can I add? Go read the full article.

I take mass transit to work every day. Part of my trip involves taking Washington MetroRail. It's more expensive than it should be for the short distance I travel, and there are often random delays. This is aggravating, but those are the breaks.

What I don't like is the fact that the computer signage is frequently wrong. Not just off by a minute or so, but so far off that some trains don't seem to even exist! You may think that this is just an unfortunate system glitch, but this has now happened three times in the past 6 commuter-days I've traveled.